Here For It: I'm Available...Now What? 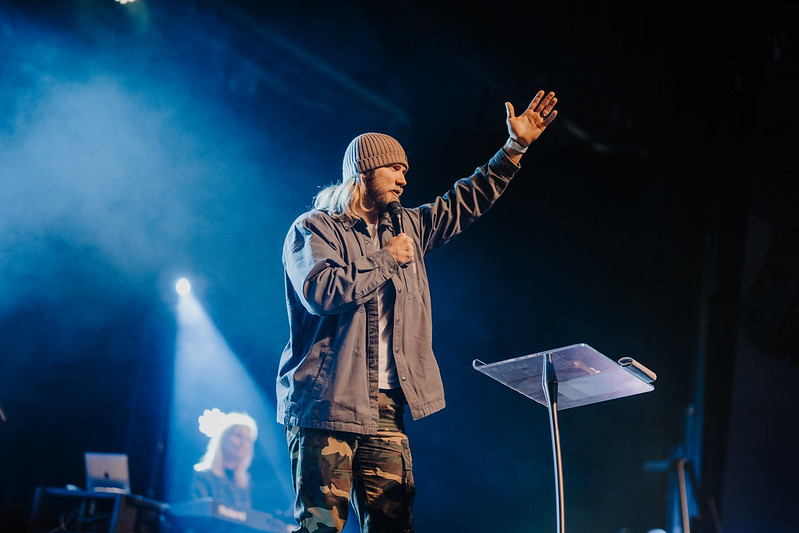 What is your faith in?

Pastor Eli continued in Mark 6, right where we left off in last week’s message “If Not You, Then Who?” To refresh, read the scripture below.

“Taking the five loaves and the two fish and looking up to heaven, he gave thanks and broke the loaves. Then he gave them to his disciples to distribute to the people. He also divided the two fish among them all. They all ate and were satisfied, and the disciples picked up twelve basketfuls of broken pieces of bread and fish. The number of the men who had eaten was five thousand.” Mark 6:41-44 (NIV)

And if you remember, this was after the disciples expressed their need for rest. It had been a long day. But Jesus had a different plan. And as we read today, it didn’t even end with the bread and fish.

“Immediately Jesus made his disciples get into the boat and go on ahead of him to Bethsaida, while he dismissed the crowd. After leaving them, he went up on a mountainside to pray.” Mark 6:45-46 (NIV)

Being available is not a one time decision but a daily decision.

This was true for the disciples then, and it is true for us now. We are still human (in the flesh) so we will occasionally or often fight the desire to go back to our own sinful nature. It’s a daily decision of being saved. But this is when we deny our flesh and remain available for God to work in and through us. Remember, the disciples were tired. It was the end of their day, and they saw the people and wanted to send them off to find their own food. But Jesus not only was asking for availability - He was ready to show them who was their Provider.

“Then Jesus said to his disciples, 'Whoever wants to be my disciple must deny themselves and take up their cross and follow me. For whoever wants to save their life will lose it, but whoever loses their life for me will find it. What good will it be for someone to gain the whole world, yet forfeit their soul? Or what can anyone give in exchange for their soul?'” Matthew 16:24-26 (NIV)

So Jesus performs a miracle, feeding the five thousand. And then immediately after, he sends his disciples onto a boat.

“Later that night, the boat was in the middle of the lake, and he was alone on land. He saw the disciples straining at the oars, because the wind was against them. Shortly before dawn he went out to them, walking on the lake.” Mark 6:47-48a (NIV)

And it isn’t just sunshine and rainbows. The disciples went through a little testing. Pastor Eli shared here that the word God speaks over us will be tested. The devil will say “Did God really say?...” and the sincerity of our belief in that word will be put on trial. And why wouldn’t it for us? Right after Jesus was baptized, he was led into the wilderness by the Holy Spirit to be tempted. Resistance doesn’t mean that we got the will of God wrong, it quite possibly means that we are smack dab in the middle of it. A faith that is not tested cannot be trusted.

Where is your faith? Is it in Jesus, or is it more in your calling?

So the disciples go out in the boat before Jesus, while he is on the mountainside praying. The wind is against them. They are straining at the oars. The key here is that they are straining but not giving up. They are uncomfortable but obedient to the direction of Jesus. Are you available to be uncomfortable for Jesus? In your work? In your daily conversation? Can God interrupt your agenda for His plans? Or does your daily agenda take up your availability to be used by God?

Daily is not DAILY without DEDICATION. And the disciples knew that, just as we should. This is where the body of believers around you comes into play. There’s a time in life where you’ll be sitting down, and there’s a time in life where you’ll be the one rowing. But together, the boat won’t stop moving. Together, and with our eyes on Jesus, we can be resolute in our daily dedication. It will feel like a strain at times, but the burden is light with Jesus and the body around us.

Even and especially in the straining, we keep watering. We cover up when we see a frost in the forecast. We become dedicated to seeing the result. God is more interested in our dedication than our decisions. It’s easy to start something—to say Jesus is your Lord—but it takes a different person to continue and finish the race with their eyes still on Jesus. This doesn’t mean that there won’t be heavier seasons, seasons of strain, but we can’t quit. We can’t stop watering.

“But we have this treasure in jars of clay to show that this all-surpassing power is from God and not from us. We are hard pressed on every side, but not crushed; perplexed, but not in despair; persecuted, but not abandoned; struck down, but not destroyed. We always carry around in our body the death of Jesus, so that the life of Jesus may also be revealed in our body. For we who are alive are always being given over to death for Jesus’ sake, so that his life may also be revealed in our mortal body. So then, death is at work in us, but life is at work in you.” 2 Corinthians 4:7-12 (NIV)

It’s devotion, putting feelings aside. Our feelings are fickle and can never be the guide. Never quitting at the first time of resistance but pushing through and knowing Jesus is with us and also on the other side of our strain. We may fall—it’s not about perfection—but we always get back up.

“for though the righteous fall seven times, they rise again, but the wicked stumble when calamity strikes.” Proverbs 24:16 (NIV)

Closing out the message, Pastor Eli highlights that dwelling with Jesus is far greater than our duties for Him. It’s knowing him not as just Savior, but Lord. Knowing He is more than just someone who gives peace—He’s the prince of peace! Not just someone who heals but the Healer. Jesus never takes his eyes off you, through your good days and the days you’re straining at the oars like the disciples.

“but when they saw him walking on the lake, they thought he was a ghost. They cried out, because they all saw him and were terrified. Immediately he spoke to them and said, “Take courage! It is I. Don’t be afraid.” Then he climbed into the boat with them, and the wind died down. They were completely amazed, for they had not understood about the loaves; their hearts were hardened.” Mark 6:49-52 (NIV)

Jesus gets into the boat with them. And immediately the wind dies down, and the disciples eyes are open to what they missed about the loaves. This crazy miracle, the feeding of the five thousand, was performed just earlier that day—but within moments and a little bit of straining, fear snuck in and blurred their memories of Jesus proclaiming himself as Provider and Lord through the loaves and fish. Their faith was tested, a lesson revisited. And they were left amazed, yet again. Pursue God and then obey God. What good is it to gain the whole world but we miss who we were meant to be and who we were supposed to be with in the process?

Keep your eyes on Jesus 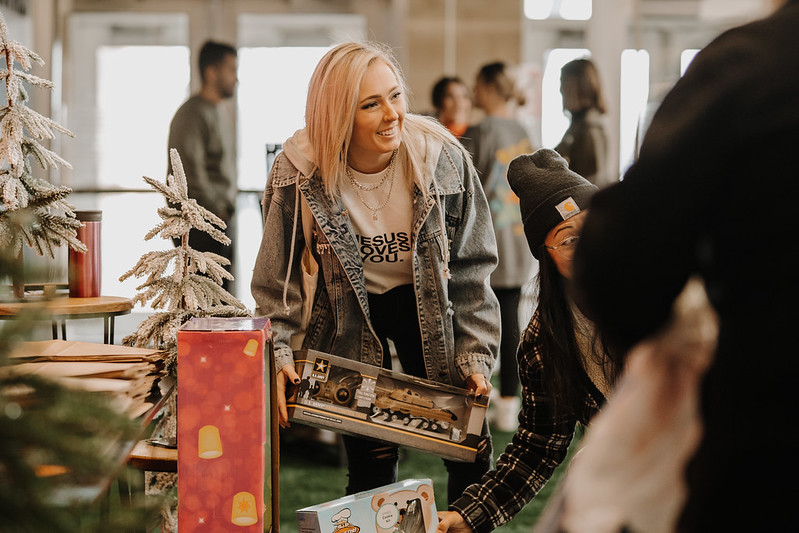 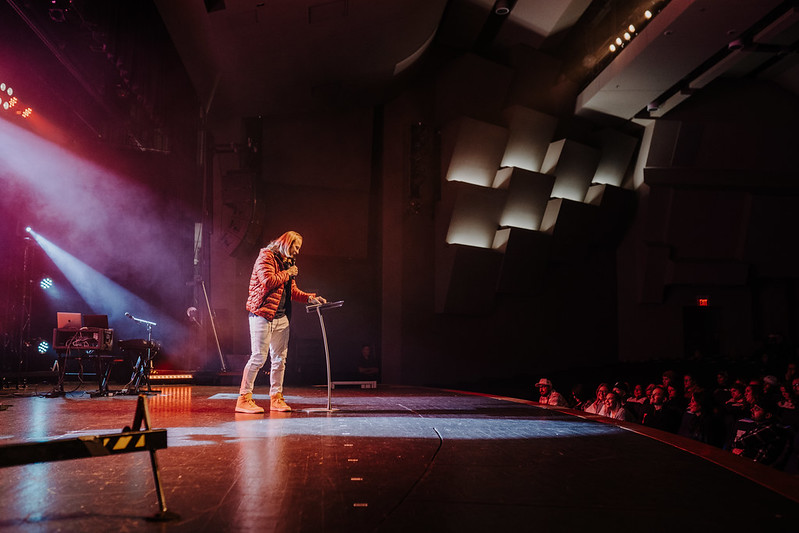